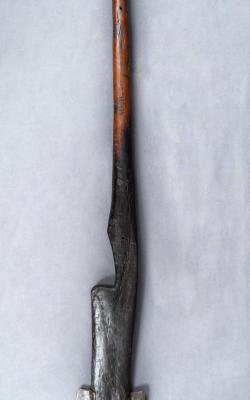 The land cultivation is one of man’s oldest occupations. From the category of tools for working the land is also the spade. I am exemplifying this category of objects by the artefact no. inv. N7434 (originally from the village Tetișu, Sălaj county) exposed in the basic exhibition of our museum and in the photo below.

The spade is used for digging the ground and for cutting the smaller roots, being a tool for making pot holes, ditches, for preparing the land for sowing/planting. The efficiency and versatility of the spade distinguish it from other agricultural tools to which it is functionally related: the pickaxe, the hoe, the shovel, the plow, all tools encountered in the rural economy.

The function of a tool for working the land has also influenced the shapes which the spade has had/has, and also the material from which it was / is made. Between the oldest form that we can document, the one born from a thicker and wider, sharpened branch, and which had a stub for the foot to vigorously thrust into the ground, and today’s shape with the whole iron ploughshare and wooden tang, flattened with slits, we can also find shapes in which, for a better efficiency, an iron-made lip is caught in the wooden ploughshare, sometimes the place for the foot being cut in the very thick tang of the object (as in the object in the image). 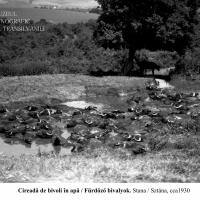 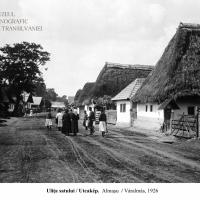 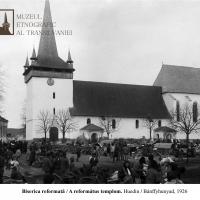 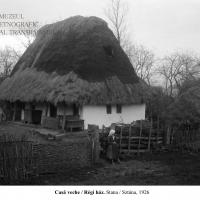 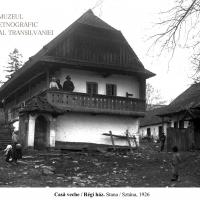 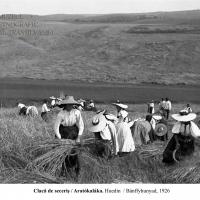