In the current contemporary sense, Transylvania contains both the intra-Carpathian area of the Medieval Transylvania and Maramures, Crisana and Banat, lands with which have made ​​up, in terms of rural culture, a relatively uniform area. The intercultural dimension defines fundamentally this area in which cultural Mediterranean, Eastern-European and Western-European elements coexisted partly amalgamated in the crucible of a common everyday existence, on the other hand bounded conscious by an identity targeted approach. Rigid social-economic system, which has maintained the feudal structures in the rural areas by mid- nineteenth century, generated in Transylvania a strong cleavage between the city society, largely connected to the  urban central and western-European values and the village society, kept in a relative autarky that favored the preservation of some archaic techniques and mentality till late. The current permanent exhibition entitled "Folk Culture in Transylvania – 18th-20th centuries" opened in 2006, is trying to rebuild a rural universe through exhibits, characterized by organic structure, highlighting unexpected complexity and functional coherence of its components. The exhibition approaches – in a manner become classic in the ethnographic museography – the main fields of the material and spiritual culture of rural Transylvania, illustrated by representative exhibits selected from the more than 40,000 existing artifacts in the collections of our institution.

The exhibition starts with presenting the traditional occupations beginning with the archaic ones (fruit and mushroom picking, hunting, fishing and apiculture) and continuing with the main ones (land cultivation and animal feeding).

The simple but very ingenious pieces specific to the occupations in the first category (improvisations of tree bark, hollow trunks, animal horns, knitted rods and so on) are followed by various tools with an upper degree of complexity, used in the agriculture and pastoral activities and displayed in the order of the specific technological processes.  The archieves photos stake these processes and contribute to the remaking of the characteristic atmosphere of the traditional village. The whole ensemble of the objects and pictures illustrate the mixed occupational profile of the Transylvanian peasants, essential within a subsistence economy.

The sector of the traditional crafts is organised depending on the raw material processed (wood, clay, metals, fur, leather, wool, textile plants) and it contains both the objects made by the peasant craftsmen and the ones made within guilds, thus emphasizing the fact that the craftsmen in the first category simple tools and techniques closed to the nature while the guild men develop these techniques making their own productive and evaluated tradition. A special attention is given within this sector to the craft of textile fabrics and wool processing, a craft so developed in the Transylvanian villages that it was placed at the level of a genuine homemade textile industry. Along the whole set of tools necessary for textile fabrics processing there are exhibited the final products: Romanian, Hungarian and Saxon fabrics and stitches used in the traditional peasant rooms and having a practical or decorative role. The various categories of textile objects exhibited (towels, pillow cases, bed, table or bench coverings) illustrate the similar conception of the three Transylvanian ethnic groups regarding the organisation of the traditional rural interior while the differences at the level of decoration and colours emphasize in some cases an option for sources of inspiration from another cultural horizon, sources that, being processed, have boosted the ethnic imprint.

In the room dedicated to the traditional musical instruments there are exhibited signalling old instruments (alpenhorns), flutes, shepherd’s pipes, stringed instruments (lute, zither, violin, double bass), and in the sector that illustrates the traditional food there is exhibited the household inverntory used for cooking – at the fireplace – in the Transylvanian peasant houses at the end of the 19th century.

The secular existence of some social-economical and cultural zonal conjunctures has created in Transylania, step by step, ethnographical areas with a distinctive personality whose identitary marks were emphasized by the special aspect of the local traditional costume. Although they had a basic unitary structure, the zonal costumes belonging to the same ethnic group contained particular features that made them different exactly as far as they could become identitary support for communities, which create their distinctive personality.

In the case of some different ethnic groups, which co-existed for centuries on a certain territory, the tend to define themselves by difference was stronger and was outlined by focusing on the specific elements in the costume structure. The exhibited peasant costumes have dated at the end of the 19th century and are representative to Făgăraș Country, Sibiu Mărginime, Szekler Region, Oaș Region, Maramureș Region, Năsăud Region, Bistrița Saxons Region, Arieș Mocănime, Călata Region, to Beiuș and Ineu, Cărbunari and Pădureni regions. The exhibited adornments come from Bihor, Oaș, Meseș and Târnave regions, from the Bistrița and Sibiu Saxon Regions, from Pădureni, Hațeg Country and Banat, from Călata, Odorhei and Trascău regions, from Bran region. 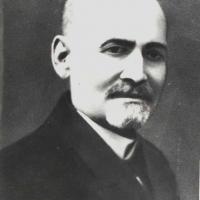 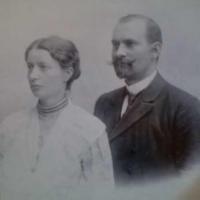 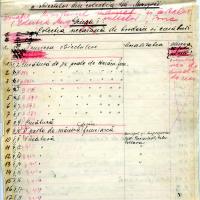 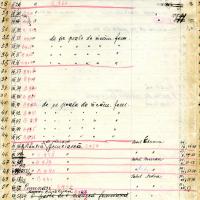 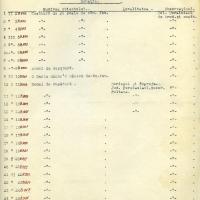 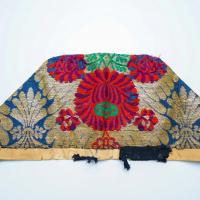